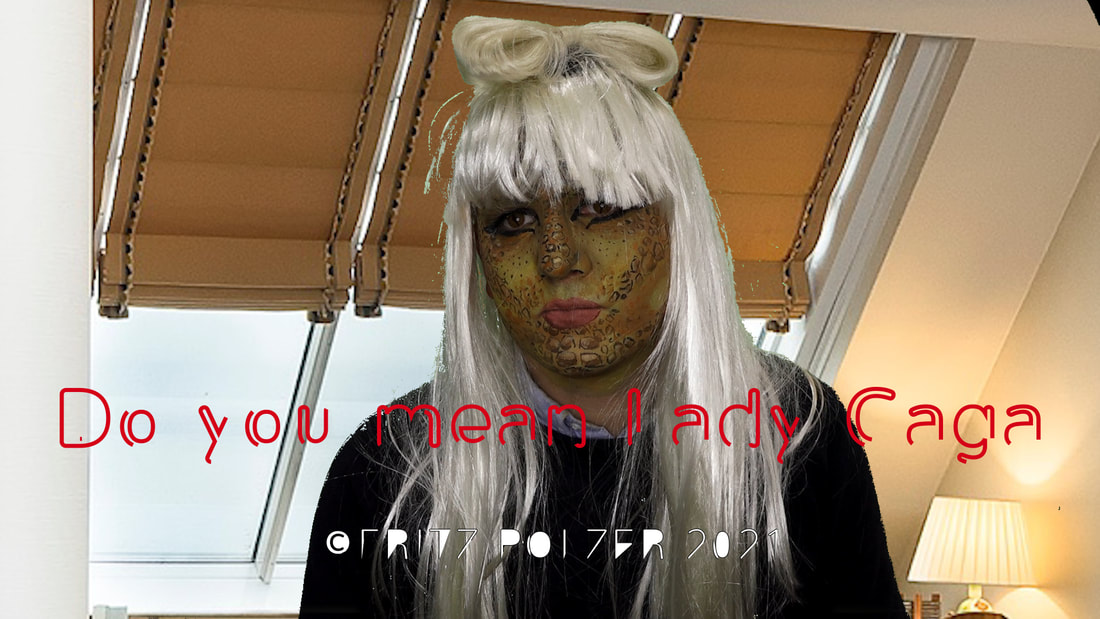 ‘Do you mean Lady Gaga’ is about the experience of the term ‘neo-liberal’. Coined for a type of laissez-faire economic policy, it became a porte-manteau for all sorts of contemporary ills and like the colour taupe, it means everything to everybody, it is the ultimate slur that will be used by Marxists and right-wing QAnon supporters alike and its constant catch-all use - for me - has become a trope of neo-liberalism itself, as it is dislocated from its original meaning and illustrates capitalism’s ability to commodify all, even criticism of itself.
‘Neo-liberal’ has become an inextricable part of the current cultural language and now ‘haunts’ any discussion in the Derridarian (and Mark Fisher) sense: we can’t conceive of a different world, but twist and turn around the idea of dismantling it while actually constantly perpetuating a culture that is very concerned with seeming progressive, without touching at its core. This in mind, a seemingly progressive celebrity like Lady Gaga clearly remains a product of hunger for fame and celebrity culture. In the costume of a Lizard Celebrity, the artist enters a looped telephone conversation, though it remains unclear who is on the other end of the line. Early 1990s glass hotel architecture is now in comically poor taste, but gives plastic testimony of the period after History (with a capital ‘H’) supposedly ended and the West had won - the West, and economic policies and attitudes derived from the Chicago School, the philosophy to which the original coining of ‘neo-liberal’ refers. For the Marxist, the placative Activism of Lady Gaga is a smoke screen to keep up the capitalist system; for the QAnon supporter, lizard creatures are ruling the world in the guise of neo-liberal decision makers and for the general public it is simply our form of economic organisation. 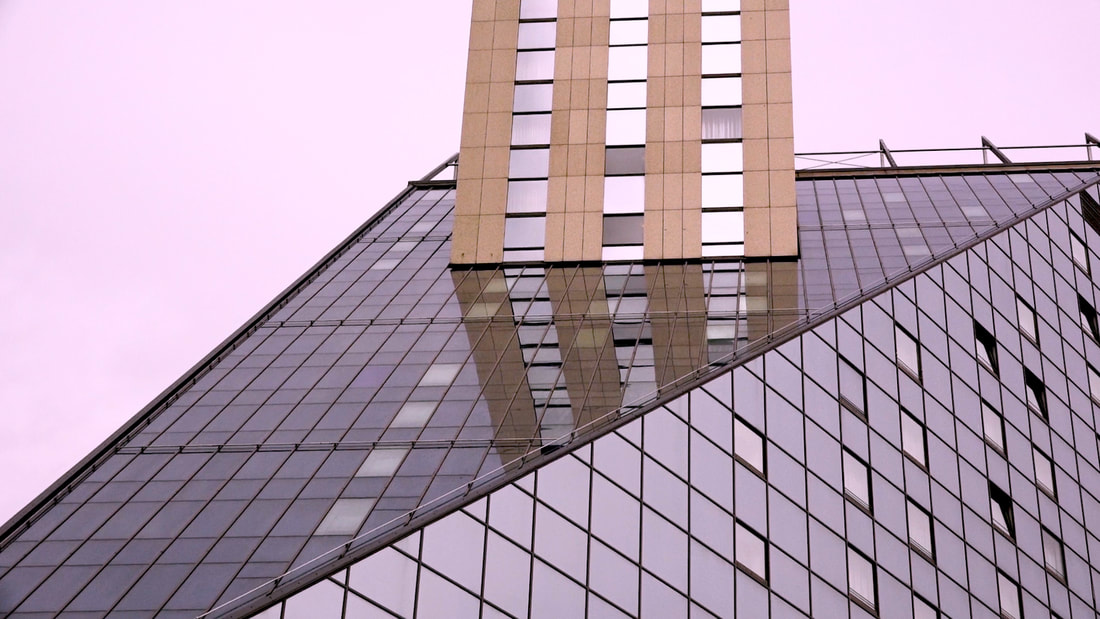 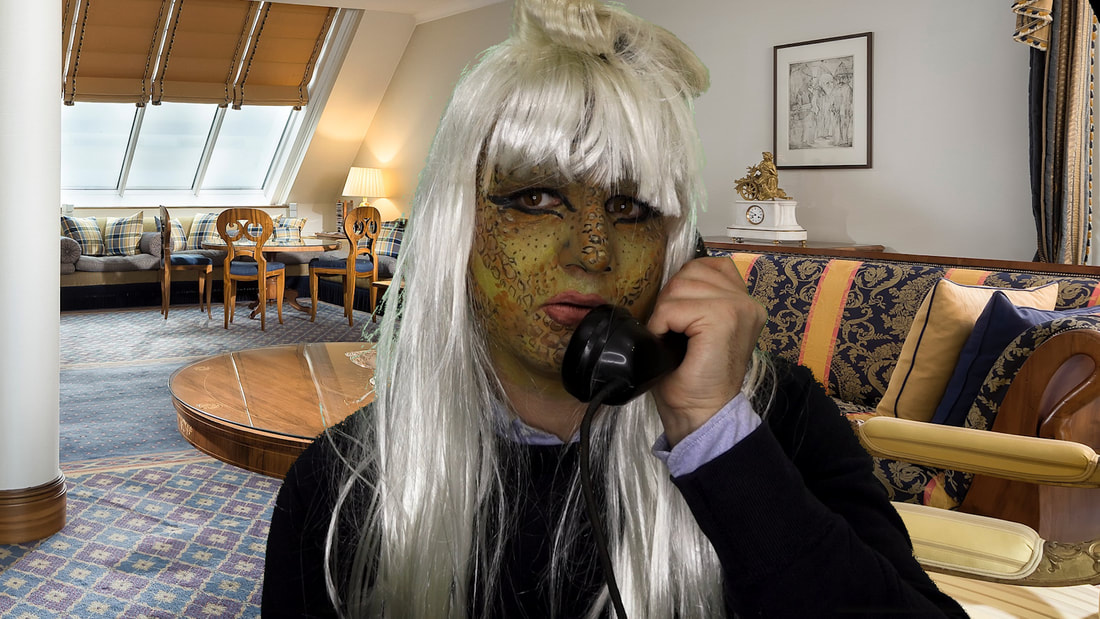